How does asana work and why is it important? 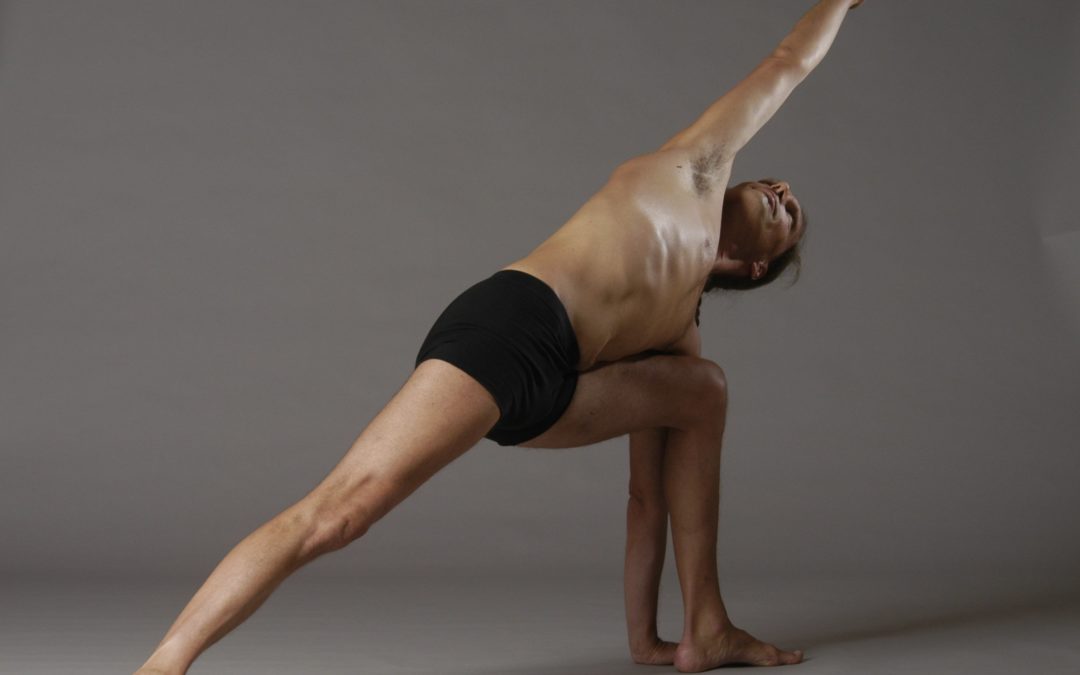 The importance that yoga places on deleting bodily, tissue and cell memory and what attitude the yogi needs to do so.

To inquire into this we first need to understand yoga’s panchakosha model. The model was already alluded to in Brhad Aranyaka Upanishad but found its fullest expression in Taittiriya Upanishad (II.2-5). The Upanishad describes the human being consisting of five, consecutively deeper layers, which are Annamaya kosha (the body), Pranamaya kosha (breath and prana), Manomaya kosha (the mind), Vijnanamaya kosha (deep knowledge and pure intelligence) and Anandamaya kosha (Divine ecstasy). Important to understand is that the layers are interconnected and each manifests and results out of the others. For example if you have a mental trauma this will have a physical equivalent and a pranic (energetic) equivalent in the respective sheaths. You cannot go straight to divine ecstasy as long as your mind is conditioned. Conditioned mind will have of course its correlatives in the other sheaths.

Another theme that I only want to touch briefly upon is yoga’s teaching of the three layers of the body: sthula sharira (gross anatomical body), sukshma sharira (pranic or astral body) and karana sharira (causal body). Long-term conditioning is stored in the karana sharira but you need to purify the gross body first through kriya and asana. Richard Freeman called asana practice to comb through the body with an increasingly fine-toothed comb to release tension (Yoga Matrix).

Patanjali yoga purifies/develops the five sheaths through asana (the body), pranayama (the pranic sheath), meditation (the mind), objective samadhi (the intelligence sheath) and objectless samadhi (experience of Divine ecstasy). The first five of the obstacles that Patanjali describes in sutra I.30, which are sickness, rigidity, doubt, negligence and laziness, have a very strong physical component. I have described the obstacles and their components in detail in my forthcoming pranayama book.

In sutra I.50-51 Patanjali has briefly described the necessity to purify the mind from conditioning (vasana), which is only an accumulation of subconscious imprints (samskara). He is going into more detail in the third chapter of the Sutra. This de- and reconditioning can only be successful if all sheaths (but particularly the lower three, body, breath and mind) are targeted simultaneously. Otherwise your conditioning will reboot from the sheath that you did not clean, similarly as you would reinstall your operating system from your backup drive after it got infected.

I have roughly described the process of de-conditioning of the body through yogic asana in the introduction of Ashtanga Yoga Practice and Philosophy. In a nutshell: Practice all asanas with absolute anatomical precision and without being ambitious and aggressive at all. When sensations, ideas or concepts come up release them by means of the exhalation. Be compassionate with yourself and do not practice to succeed, to improve or to get somewhere, because this would impose another layer of the ambitious mind on the body. BKS Iyengar for example has called the result of such practice ‘cellular silence’. I like that one because he understood that a noisy body impedes your meditation.

Now this next point is really important to understand: The Armenian mystic George Ivanovich Gurdjieff, who was inspired and taught by yogis and Sufis, said that true knowledge is of physical nature. In today’s language we could say it is a biochemical and bioelectrical process. What he meant was that its not just something that you think but that transforms every fiber and cell of your being. Yoga considers asana and pranayama to be the part to alchemically transform the body so that it becomes a representation of living deep knowledge, vijnana as the Upanishads call it or rta as Patanjali has it. The reason for that lies in the fact that opposed to Buddhism and Advaita Vedanta, the school of yoga considers THE UNIVERSE AND THUS THE BODY TO BE REAL. Yoga does not look at the world and the body as illusion. Yoga looks at the body as a very real replication of the real macrocosm and therefore aims at transforming the body into a laboratory for knowledge. Due to the maxim of Hermes Trismegistos (Emerald Tablet stanza 2) “that which is beneath is as that which is above and that which is above is as that which is beneath”, the body is a reflection of the state of the mind. Not only that but as I already mentioned in Ashtanga Yoga Practice and Philosophy, ‘It is the crystallized history of our past thoughts, emotions and actions’. Yoga teaches that if you want to change your mind, you need to change your body as well because your body is nothing but the gross (sthula) projection of your mental state (of course not just the conscious mind). That’s why the Hatha Yoga Pradipika says (HYP IV.113), “Before the prana does not enter the sushumna all this talk of knowledge (jnana) is futile and boastful.” Svatmarama, its author considered this statement so important that he finishes off the treatise on this note.

Back to Patanjali who says in the Yoga Sutra (YS I.43), ‘nirvitarka samapatthi (the 2nd-lowest form of samadhi) is the emptying of memory from its content’. As the body is the physical back-up drive of the mind, the memory must also be let go of on a physical plane. That’s what a course in yogic asana attempts to do and what the mere sitting with your back, neck and head in a straight line cannot achieve.

I want to finish of this essay on a devotional note as a lot of us modern yogis have thoroughly accepted yoga’s tenet that the body is real. But have we yoga’s other tenet that the divine self, the pure consciousness is also real? Especially if you succeed in your asana practice (such as getting to advanced levels) then do not take the credit but surrender all results of your asana practice to the Divine in your preferred form. For otherwise you will superimpose a new layer of conditioning instead of removing the old one. Rumi said in this regard “I tried to enter the city of God through the gate of empowerment but I found such a large crowd in front of it that I could not enter. Then I came to the gate of humiliation. I could easily slip in as there was nobody there.”