Balancing Active Asanas with Passive Asanas, Does that Work? 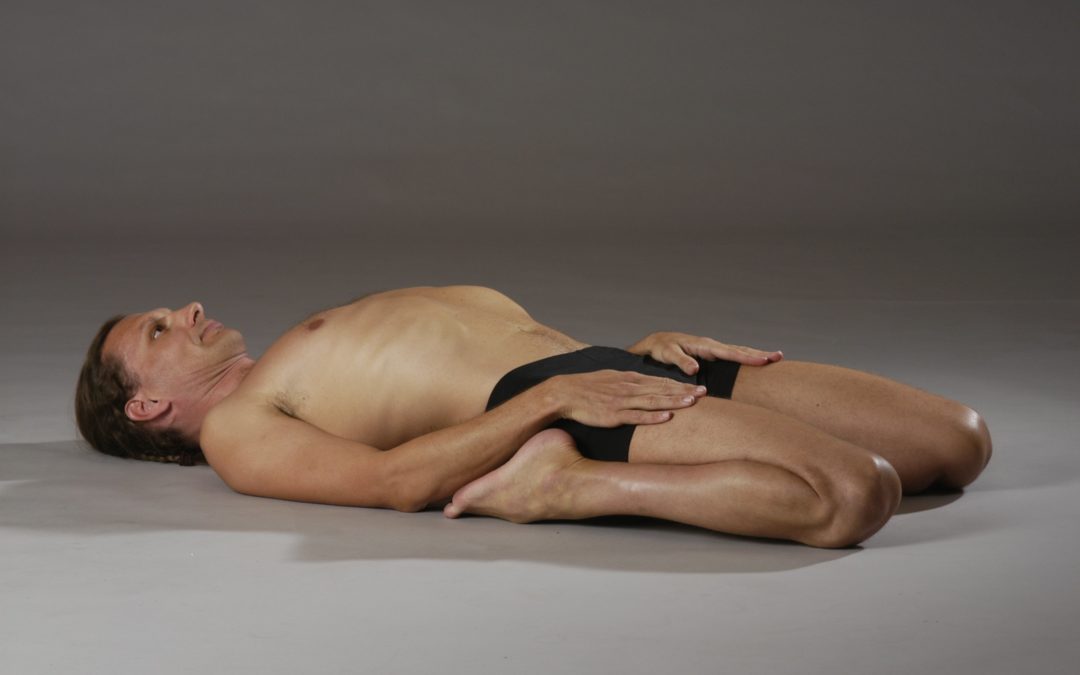 Yoga is beautifully set up with a balance between energetic, extrovert practices such as asana and kriya and introspective, introvert practices such as meditation and pranayama. Even with pranayama itself such a balance can be achieved by breathing more through the left or right nostril respectively. Nowadays, because our society suffers from increased extroversion (result of too much prana in Pingala – right nostril) the most extravert aspect of yoga (asana- posture) has acquired much fame. If only asana is practiced then the tendency towards extraversion is increased. Preoccupation with or reducing yoga to asana has now gone on for some time. Noticing that such a practice is not balanced some teachers now suggest to balance a very energetic outgoing asana practice with a second, more passive asana practice!!!

To be honest I am baffled. For thousands of years yogis charged their bodies with an energetic asana practice to be able to then sit still and practice pranayama and meditation. The modern fad to combine an overly active asana practice with a second, passive asana practice in my (possibly limited) view is a typical stillbirth of the Kali Yuga (age of darkness, our current age). Any form of movement and exercise is always extravert. It needs to be balanced with the higher limbs of yoga, such as pranayama and dhyana. In truth, with this bandaid of balancing active asanas with passive asanas the problem of extraversion, from which our whole civilization suffers, is not reduced but excacerbated. In order to become balanced you need to reduce extraversion and that’s not by moving slowly but the motto must be, “Don’t just do something, sit there!”

I suggest we stick to the tried and tested method of the ancient seers and combine asana with yogic breathing exercises and yogic meditation, thus maturing to the higher limbs of yoga. You cannot succeed in yoga by practicing asana alone, whether you perform one, two or ten asana practices per day. Don’t get me wrong: I have nothing against passive stretching; I have myself practiced it often and recommend doing it. But by reducing yourself to asana you are still just scratching the surface of yoga and need to perform practices that lead you deeper.

Recently I was approached by a gentleman interested in instruction on pranayama. When I asked him what he wanted to achieve he said he didn’t want to die a healthy animal. He said he was already healthy, his body was okay but he wanted to look into what was beyond mere physicality. Asana will improve your body and delay the onset of death. But death will still come, albeit a few years or maybe decades later. In the moment of death, however, asana practice will not be of much benefit (Shavasana practice excluded) and those few extra years won’t matter much when you take your last breath. This was confirmed by T Krishnamacharya who said that asana practice confers only physical benefits.

Interestingly the above gentleman referred to the state of being spiritually ignorant as being a (healthy) animal. This is exactly how the term ‘pashu’ is used in yoga. Pashu means animal but it refers to a human ignorant of the fact that they are an eternal spiritual being. The mythological founder of yoga, the Lord Shiva, also carries the epithet ‘Pashupatinath – Lord of the Beasts’, meaning he is the teacher that leads us beyond the body. In order to develop our potential and to become truly humane we then need to explore our higher dimensions.

What worries me the most about this new approach of balancing asana practices against each other rather than balancing one asana practice with the higher limbs is that somebody has a good sounding idea and immediately heaps of folks jump on the lastest bandwagon and fad, just because its new. Recently I met a guy who told me that people are inundating him with calls about his latest diet, called electric diet. Interesting was that it wasn’t even published yet. He was writing a book about it but hadn’t done so yet and barely talked to a few people about it. But by virtue of being brand new, even prior to being hot-off-the-press, it became the coveted thing. Yoga is not new. It’s ancient. It was designed by some very amazing rishis and siddhas (who themselves stated it was revealed to them). Why don’t we first try out the real and true stuff, see whether it works (it does) and then see what needs re-inventing (if anything)?

Practise by all means as many passive stretches as you need to but don’t forget that you are just passive stretching, not more and not less. You are not balancing yourself by performing two types of asana practices. To balance yourself take the ‘yang’ or ‘rajasic’ power of your asana practice into the ‘yin’ of your pranayama and meditation practice. Through that method as taught by the ancient seers will we balance the lunar and solar aspects of our psyche, with this balance being a prerequisite for spiritual experiences.