Is forgiveness the start of self-love? 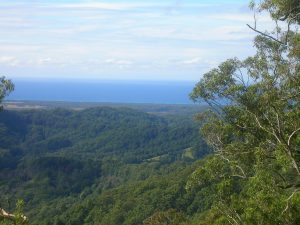 In my last post I pointed out the importance of self-love for ones yoga practice. I was asked whether forgiveness is the start of self-love?

It is indeed. When talking about forgiveness, however, we need to understand that it has two aspects, to forgive oneself and to forgive others. Ultimately they will both merge into one but when we begin the practice of forgiveness we notice that we specialize either in holding grudges against ourselves or against others. Some individuals may find that they need to first forgive themselves to be able to forgive others or vice versa.

Of course our tendency to hold grudges against either ourselves or others comes both from the same psychological entity. It is what Freud called the superego. We have all heard advise such as “Do not judge so that you will not be judged. For in the way you judge, you will be judged and by your standard of measure it will be meted out to you.” This passage contains a profound psychological understanding. It is the Freudian superego that performs both judgment of ourselves and others and ultimately both cannot be suspended without the other because both are performed by the superego.

My feeling is that scriptural passages that talk about final judgment are meant metaphorical. In this view the so-called final judgment is not performed by a God that has nothing better to do that holding court proceedings against each individual but by ourselves in the moment of death (and of course to a lesser extent during each breath we take).

I came to this understanding not through philosophical speculation but through several close shaves with death and the subsequent transformation. When I was young I was very angry, harsh and haughty. I had a bucket of bile to shower on everybody I met but underneath my well-covered insecurity this just boiled down to self-loathing. A lot of that changed when one day I was hit by a semitrailer while travelling on a motorcycle at about 120km/h.

Later I reconstructed that the time from impact of the semitrailer to my body hitting the bitumen could not have taken more than a few seconds but subjectively the time took longer than the 18 years of my life to date. While I was seemingly suspended in mid-air my subconscious pulled up every single situation I had encountered during my young life. The so-called superego then gave its judgment on how I had fared, which meant I was condemned on almost all counts. While this happened I noticed that I was judged and condemned according to the same merciless rules that I had previously only ever smugly applied to others. It was then that I recalled the continuation of the above quote of the Nazarene, “Oh hypocrite, if you would only remove the plank from your own eye you could then see clear enough to remove the speck from your brothers eye”.

It was later only that I understood that in death or near-death experiences the ego (i.e. identification with body and mind) is suspended or transcended. In these moments our ability to be hypocritical ceases and the same rules and judgments that we have meted out to others are now served up to ourselves. This is due to the simple fact that the subconscious acts like a recorder. It simply plays back what you have recorded and during no time is this more important than during the moment of death.

Meanwhile my body propelled by the impact of a 40-ton truck was still sailing through the air ready to meet the bitumen and potentially its maker. It became now crystal clear to me that if I had the chance to do it all again I would do it all completely different. I would not judge others lest I should be judged myself…

Of course the whole story must have a happy end. Firstly I did not die that day as otherwise I could not write this post. Secondly in these moments I found something that changed my life. Or better not found but more aptly rediscovered it. While I was hurled through the air I looked at my entire life seemingly still-shot after still-shot. It appeared to me that the presence to which these still-shots occurred was unchanged from the time when all these life situations initially took place to now when they were recalled. I also noticed that this entity seemed the same, equal unaffected and unperturbed in all situations of my life.

I suddenly rediscovered and recognized that there was this entity present in myself that was completely independent of the body and mind. It did not judge and compare situations but was simply aware … And because it was not busy judging, comparing and sentencing people it made me capable of seeing that the sky was blue, the forest green and the flower red. It made me capable of feeling, seeing and sensing a world of incredible beauty and most incredible the fact that I was alive, that I was a living embodied being…alive still at least at this moment … as the impact with the bitumen drew closer.

I was thinking then that should I be able to live then I would complete change and be of service to all beings that I would meet. I then noticed that this presence within me was not afraid of the impact. In this presence there was no difference between body, bitumen or you and me… This presence was the awareness, the consciousness within all of us. It was pure love. It did not know fear as awareness is without beginning and end, it is not limited by time nor by space but time and space are notions occurring within it.

I did let myself fall into this presence, which I recognized as my essence. In this ocean of infinite consciousness, of pure love, somewhere the notion of impact occurred. Then further notions of ambulance, hospital, doctors, bandages, etc. occurred.

Eventually the body had sufficiently recovered that I could take walks in nature. I felt that within me that made me aware of the blue of the ocean, the green of the forest and the red of the flower. It loves all beings evenly and does not judge. It does not hold grudges and does not hold on to anything. It forgives all and everything.

Yes, forgiveness is the beginning of self-love.