Is the World an Illusion, the Body a Prison and Woman a Spiritual Obstacle? 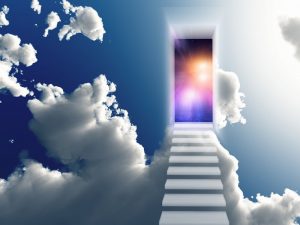 Yoga Sutra 1.2 states: “Yoga is the stilling of the fluctuations of the mind.” But this stanza only defines objectless samadhi, the higher of the two types. Taken out of context and without being supplemented by the other definitions of samadhi, one might think yoga was only about stillness—which it isn’t! Stillness is important for a healthy mind and for spirituality, but it is not everything! If this were the case, yoga would just be an escape from the world and from our busy minds—not unlike taking a pill to treat depression. It also would mean that yoga is only about bringing the entire world to a standstill. It’s more than that.

Objectless samadhi is so overwhelming that the world seems (even if only briefly) a mirage, an illusion, or maya, and only consciousness looks as if it is real. Some mystics were so established in this state that they discounted the importance of the world, which, after all, is then just an illusion. Unfortunately, the philosophy arising out of this state can lend itself to abstaining from all social activism, even if it is sorely needed. This lead amongst other things to the cementing of the caste system. Why change the social order if it’s not real? Those permanently established in objectless samadhi rarely step up for the rights of women, racial minorities, or sexual minorities. They’re more likely to say that things are fine as they are and don’t comment on difficult issues.

As mystics and yogis, we have social responsibilities, and if things need to be changed, we must stand up and change them. Too long have some strains of mystics labeled the world as unreal and an illusion. On a yogic level, this reflects an overemphasis on objectless samadhi. This samadhi is the most powerful and most effective in regards to changing your psyche, but it must be augmented by the objective samadhis, which teach us about the reality and nature of objects, the world, and other people. They teach us that the world and others are not just a figment of our imagination, as some religions or philosophies would say, but that they are painfully (or joyfully) real and that we must interact with them.

When explaining the importance of objective samadhis, some people have replied along the lines of, “Meditation is not meditating on something. Meditation is our true nature. Focusing on an object keeps you prisoner of the known.” These statements reflect Advaita Vedantic and Buddhist ideas about meditation, rather than yogic ones. Neither of them should be automatically accepted as right or wrong; but my question is, “Why did the world arise in the first place if knowing it will imprison you? Does this mean God is some trickster? Somebody who gave you the world to enmesh you in it and who didn’t supply you with the cognitive power to free yourself?” I want to question philosophies that consider the world an illusion, some mirage, or even an “untruth,” as Gaudapada called it in his Mandukya Karika. This is also reflected in one of the Indian epithets for God, “Mayin.” To call God Mayin, which means “one who weaves the veil of illusion” is to believe that God is a trickster who imprisons you in an illusion from which it is almost impossible to escape.

In the same vein, some radical idealistic philosophies (which propose that the world is just an idea in your mind) treat the human body as “nothing,” “mud,” “a prison,” “a grave in which we are entombed,” “a deception,” and “a valley of sorrows.” These philosophies suggest the mind and body are obstacles to freedom, cages that keep us imprisoned and from which we must escape to bask in the sun of pure consciousness. The protagonists of these extreme philosophies are almost always men.

In India, the universe, either called prakrti (nature) or Shakti (energy), is considered to be female. Denial of the universe, then, removes all femininity from creation as being pure consciousness, which is considered male. These same philosophies espouse the male seeker to be celibate, so as not to be contaminated by femininity. The body, birthed and nurtured by our mothers, is discarded. Although the woman who conceived the only Son of God did so through Immaculate Conception, our mothers were sullied in the process. Is that not an insult to our mothers? And it’s all conveniently sexist! That procreating is considered to be a karmic bond is evidenced in the fact that Buddha called his own son Rahula (the fetter), because he believed that his son chained him to life. What’s wrong with that? Oh, yes, right, the first of the four noble truths: “All life is suffering”! In this regard, most of the so-called high religions agree. They say the material universe, the body, and all that is worldly must be overcome and an otherworldly realm attained, whether we call it heaven or nirvana.

I do love the sun of pure consciousness, but it is only one side of the mystical experience. Taking both aspects of the mystical experience, the objectless and the objective, into consideration leads us to an entirely different worldview. A view in which the world is not a lie, a mirage, a cheat, or a valley of sorrows, and within which the body is not a tomb, mud, or a grave, and of which women are not obstacles or hindrances to spirituality. In this view the material universe and the human body within it are the crystallized body of the Divine. While the state of pure consciousness is personified in Shiva, the Indian God who sits absorbed in objectless samadhi on the icy and lifeless heights of the Himalayas, the universe is female in nature—and “woman” is its embodiment. She is not an obstacle to spirituality, but its carrier. If only objectless samadhi existed, we would all be thoughtless, motionless Shivas, and the world would be a lifeless place, a frozen image that contained nothing but . . .wait for it . . . nothingness, emptiness. What a male paradise! But what happened to fullness, overflowing joy, endless creativity, abundance, and blossoming?

This abundance only returned when Shiva was struck by the flowered arrow of Kama. This opened him up to fall in love with Parvati, an embodiment of Shakti, the feminine divine creative force. The tales of the Shiva Purana following this incident present a subtle balance between solitary meditation on one hand and ecstatic participation in the world on the other.