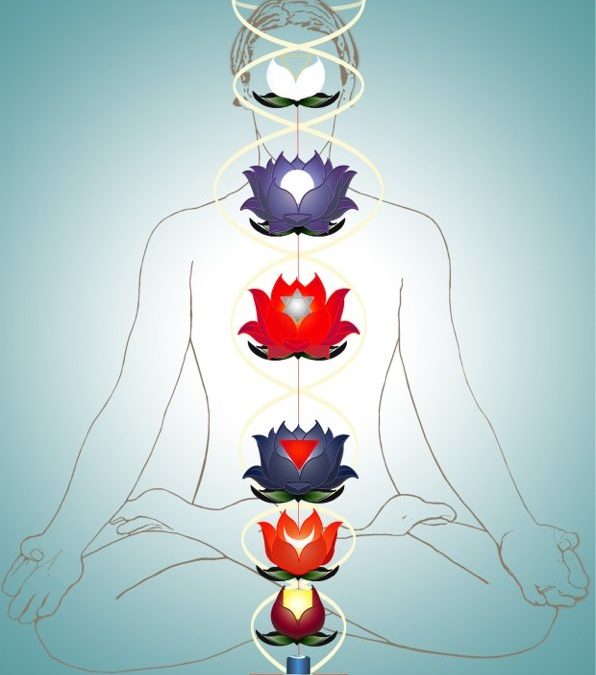 The Purusha Sukta of the Rig Veda states that in the beginning there was the Brahman only. The Brahman is the deep reality or the infinite consciousness or the physicists call it the unified field or the state before the Big Bang. In order to create the world and bring about its own quality of reflectiveness/awareness the Brahman then became polar. The two poles in India are often called Shiva (pure consciousness) and Shakti (creative force). In modern Western lingo we would call them the God transcendent and the God immanent. While Shiva remains unchanged (in meditation on Mount Kailash), Shakti crystallizes from creative force through pure intelligence, space, air, fire, water into the earth element bringing forth the world. This final most dense element creates in the human body the base chakra (Muladhara) within which the divine creative force now lies coiled and dormant in every single one of us.

There is a general cosmic law that says in order for the general equilibrium of the universe to be maintained each manifestation must contain its own undoing, counterforce or annulling. For example the first law of thermodynamics says that energy is never lost but only ever transformed into other forms of energy. For example kinetic energy may be transformed into potential energy but the energy as such is never lost. This is another way of saying that the sum total of all energies in a system is always the same. The same is expressed in one of Newton’s laws. Additionally you can also see in the life of our greatest teachers such as Lord Krishna, Jesus Christ, Gautama Buddha or Socrates that towards the end of their lives they orchestrated their own undoing in order the restore the status quo of equilibrium of the world that was briefly imbalanced through the massive positive impetus that they provided.

In the act of creating the world the Mother Goddess Shakti set in motion a massive down-force that reached from pure intelligence down to the element earth and base chakra. In order to fulfil the above-mentioned cosmic law, a massive storm that produces a strong downdraft, has to create a balancing upward suction right in its middle. Shakti’s act of creating the universe produced an inner updraft, an enormous upward wave that we can ride up the spine to get back to the original pure consciousness, the God transcendent (Shiva).

This inner updraft in the body is called Kundalini. It is an invitation of the Divine feminine to return to our spiritual origin. Shakti and Kundalini are really one and the same thing or better two sides of the same coin and the reason why I write both in upper case and not italic is because they are names of the Great Goddess, the Divine creative force. Shakti is the Great Goddess during downward action, whereas Kundalini is the same Mother Goddess during upward movement.