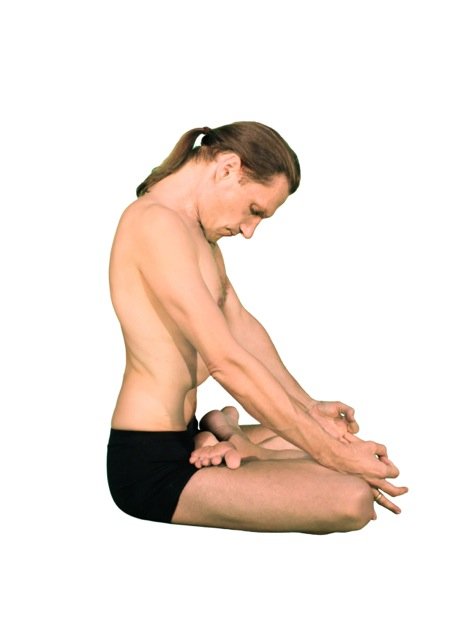 After my last article “Researching Pranayama” I was asked to expand more on the idea of Prana, what a ‘rejecter of prana’ is, whether people can be ‘deficient’ in Prana, and how it can be stronger in some people than in others? What are some of the most beneficial ways to improve our pranic body and where do pranayama, meditation, asana and diet come into play? Do thoughts or mind patterns affect our pranic body?

These are all very significant questions in the context of pranayama. The late psychologist Dr. Wilhelm Reich inspired me to the term ‘rejecter of prana’. Reich was the first scientist to work with a concept of prana, which he called orgon. Most forms of OrgoTherapy or Bio Dynamics available today are based on Reich’s work. He held that there was a life force of which the body was made up, which pulsates in the body and enlivens it. Orgon, so Reich, could be accumulated. If it was plenty the body was strong and healthy, if depleted the body became sick and decrepit. Orgon responded to a host of external factors. If an external factor caused intense orgon depletion he called it dor (deadly orgon).

If you simply replace Reich’s term orgon with the term prana you can gain a lot of information about pranayama practice. Any long-term pranayama practitioner can confirm the accuracy of Reich’s observation that for example neon light rejects prana. It is much more difficult to sustain a meaningful pranayama practice under neon light than in natural light and after a long day at the office under neon light it is harder to practice pranayama with a prana depleted body. Our modern steel and concrete cities, abundant with fumes, chemicals and radiation make pranayama difficult. Take a pranayama practitioner from there into a pure jungle environment next to a negative-ion emitting waterfall or onto a mountaintop and they may have a spiritual breakthrough experience in short order. This was already known in ancient days. That’s why they suggested in pranayama treatises to go to exactly such an environment to practice.

Prana is stronger in some places than in others and it is stronger in some people than in others. This is reflected in the Japanese term Kami (spirits, divine beings, divine creative force), which is an integral part of the Shinto religion. Shinto teaches to practice kannagara (way of the life force), which means to be in harmony with the spirit. It is exactly this what a pranayama practitioner or yogi attempts to do. If the Kami/Prana is strong in a person they can sway with their presence large audiences or even cultures and continents. Napoleon Bonaparte would be a good example.

The prana is also in some animals stronger than in others. For this purpose it is good to look at the Chinese concept of chi. Chinese medicine considers salmon to be one of the most chi-potent ocean fish and the carp the most potent freshwater fish. The carp was the only fish, which due to its enormous prana reserves could swim up the falls of the Yellow River. The same is true for land-going animals. The most chi-loaded animals are the wild ones. For a chi-depleted patient Chinese medicine may recommend the consummation of venison or similar wild animal above those of domesticated animals. I am mentioning this here only for the purpose of understanding. As a vegetarian yogi I am of course not recommending the consumption of either but the observation of Chinese medicine is correct. Simply watch a mountain lion or deer in full flight and you can literally see how powerful their prana is.

Similar knowledge existed in certain cannibal cultures and let me first assure you that for karmic reasons I do not recommend to emulate anything of the matter. But many cannibal cultures knew that the heart was the most potent organ containing the most prana and most esteemed for consumption was the heart not of a ‘weakling’ but that of a powerful and noble person.

Having probed the lower reaches of our planetary culture lets return to something more uplifting. One of the most straightforward ways to increase your prana is to eat living food, for example fruit and veg not long after its harvested. The longer you leave it lying around the more it looses its prana. You will find higher prana levels in unpackaged and unprocessed food. Better also your food is organic and has not been exposed to round up, sprayed with arsenic or radiated and not been exposed to neon light. You’d be surprised but most of these have been done to the food at your local supermarket. You will find a chapter on mitahara (yogic diet) in my book Pranayama The Breath of Yoga.

Apart from diet there are many other ways to improve, increase, circulate and store prana. In fact all ancient civilizations knew and practiced some of these, whether you look at the Maya, the Babylonians, the Egyptians, the Celts, the ancient Hebrews, etc. My favorite method is yoga and as far as I can see its unrivaled in that regard that it addresses all aspects of the human being. Asana is used to prepare the body for pranayama, to harmonize it and increase its capacity to pranic retention. I have to admit to you that after practicing yoga for almost 40 years I sometimes feel as if my enthusiasm for my asana practice is waning, whereas that for my pranayama practice is at an all time high. But I nevertheless do not drop my asana practice. Why? Because if I do not practice enough asana my pranic retention rate goes down immediately, i.e. my pranayama practice becomes less exulted. In other words my asana practice is now entirely in the service of my pranayama practice.

Pranayama is an absolute miracle when it comes to prana/chi/orgon/ki. In my text Pranayama The Breath of Yoga (p.34 ff) you will find a lengthy section on the effects of pranayama. Briefly they are a. drawing scattered prana back into the body, b. storing and increasing prana, c. drawing prana into the central channel, d. even distribution of prana. One of the goals of pranayama is of course life extension but once ones survival is ensured for some time to come increasingly pranayama is now used for spiritual realization. Have a look at the term “spiritual”. Spirit means soul or self, but it actually comes from the Latin verb spirare- to breathe. Interestingly we also say that a person is spirited, meaning they have a lot of courage. Which brings us back to the Japanese kami. If that kami is strong in a person they can do almost anything.

So let’s suppose we have duly practiced pranayama, what are we then doing with all the prana? Yoga then teaches that prana is then directed up through the chakras by means of Kundalini meditation. The chakras are not some New Age mumbo-jumbo, although I must admit that’s what I thought when I reluctantly started to research them. They must be understood as evolutionary brain centers or brain circuitry. I have explained them and the practices involved in detail in my text Yoga Meditation. To have a lot of prana does not make you by itself a good person. You can either express is destructively like a Hitler or, if you can conduct it up through those evolutionary centers, you can express it for the good of all as Buddha, Krishna, Jesus or in modern days people like Gandhi, M.L. King and Mandela did.

Which brings me to the last question: Do thoughts or mind pattern affect our pranic body? To this the Hatha Yoga Pradipika says: “Where prana goes there goes vrtti (thought) and where vrtti goes there goes prana. Like milk and water once mingled cannot be separated so the two are to be seen as one.” So for the purpose of this exercise look at the pranic body and your body of thoughts not as two but as one. Prana is thought! A person that has conducted the prana to the higher centers cannot think other than along the lines of (and of course all mystics will express this in their own language and terminology), “All beings are an expression of the same Infinite Consciousness that became manifest as this entire vast universe. All are conduits and frequencies through which that one Deep Reality expresses and manifests endless computations of Itself in accordance with its own nature as freedom, love, beauty and ecstasy. All beings are therefore sacred. Since all beings and forms are manifestations of the creative abundance of Divine Love, spiritual awakening can only take place in the context of consciously loving all creation and all beings.”

This is the language of prana, the divine creative force. Of all the ways of enhancing and fostering prana, thinking along its lines and thinking in alignment with it is the most powerful one. This is simply due to the fact that the force (prana) manifests itself by means of thought (vrtti). Right thought (sankalpa, bhavana) opens us up to become a conscious conduit through which the Divine can express itself. Through it we can live the realization that all and everything is a manifestation of the same Infinite Intelligence and that nothing exists outside of that Intelligence.