The Peak Experience in Yoga and Religion 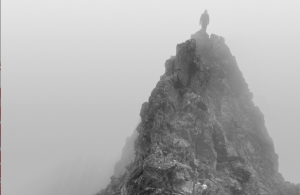 Let me explain why I use spiritual expressions that border on the religious and why I say that the essence of all religions is the same as that of yoga. Within each being there is an eternal, sacred core; once this core has been seen, the individual can place itself in the service of humanity and all of creation. Mysticism is dedicated to the search for this core and its cultivation; upon finding it the mystic places themself in the service of all beings (and yoga is a form of mysticism). A yogi is a person who practices a special set of techniques, collectively called yoga, to attain the mystical state. Once that state is attained, there is no difference between a yogic mystic and the mystic of another denomination.

All prophets, messiahs, rishis, buddhas, siddhas, and tirthankaras were initially mystics who had a so-called “peak experience.” After the peak experience faded, they used metaphors particular to their culture and background to explain what had happened. Each person instinctively seeks the peak experience; that’s why people have always been attracted to the teachings of mystics (while also being mystified by those teachings). For this reason it was important to speak out once one had attained such a state. Without speaking out, you cannot convey your message to others nor contribute to their lives.

In order to enter the mystical state, one’s mind needs to be suspended (nirodha); but once one leaves the peak experience behind, the mind is re-activated in order to describe the state and to communicate it to others. The mere activation of one’s inner word processor, the mere seeking for terminologies and metaphors that describe the mystical state, will terminate the state. That’s why the description of the state will always fall short of the experience of the state itself; and the descriptions, while sounding similar, will always have a personal and cultural tinge to them. They may sound Jewish, Hindu, Muslim, or Christian in nature. But in the peak experience itself, this difference cannot exist because the mind is suspended.

If a mystic were very successful in the cultural metaphor used to describe their experience, the surrounding culture would sometimes adopt their teaching as the only truth. Thus religion was borne. Religion simply means, “my mystic is right and yours is wrong.” A religion is an organization that develops around the spiritual experiences of a particular mystic, such as Jesus, Krishna, or Buddha. This is how it has come to be that some of the most valuable descriptions of mystical states are handed down within religions such as Hinduism, Buddhism, Judaism, Christianity, and so on. The religion has crystalized as a dogma around the experience of a particular mystic. Though many people today are horrified by the excesses and corruptions of religion, the states these mystics experienced and the descriptions they provided still remain our pristine world heritage.

Although I cannot, for example, describe myself formally as a Christian, none of the crimes committed throughout history by the church can undermine the words that Jesus spoke. His example (and that of others) proves that the two billion years of the evolution of life on Earth is nothing but a giant act of yoga performed by nature to lift life from the amoeba to an experience of the Divine. For this reason, while I may quote from various religions and sacred traditions, it is because all barriers break down in the mystical state, and all mystics describe only one state in ever-different ways.

Yoga was always more interested in the actual experience than in any theology or philosophy that arose from it, because the mystics believed it is the experience that will change the world and not its explanation. In his novel, Siddhartha, Herman Hesse celebrates this view when his protagonist tells Gautama the Buddha that his teaching is the most perfect, most logical, and most consistent of all teachings; yet he will not follow it, because there was one thing missing from it: the Buddha’s own mystical experience, what he himself encountered on that fateful night under the Bodhi tree that couldn’t be expressed in his teaching. So Hesse’s hero had to go and blaze his own path.

More clearly expressed here than anywhere else, we have religion and dogma on one hand and spirituality and mysticism on the other. And this is exactly what yoga is all about. It is not what a particular religion says about the experience, but about having the experience yourself and knowing the tools and methods that will get you there.