Why I continue to practice Ashtanga 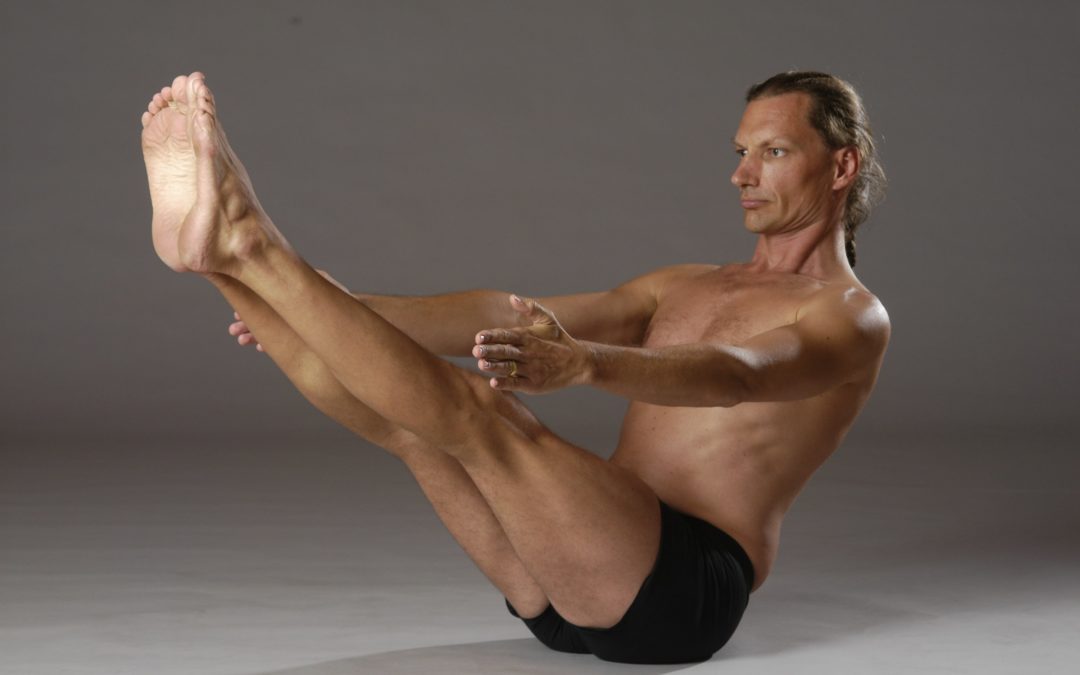 Recently I read an article in which the author wrote about her difficulties in maintaining her Ashtanga practice. She called her practice “hard, really hard, exhausting” and complained that it “never gets any easier” and that she just kept upping her expectations or that at least her teachers did so.

My experience has been completely contrary to that and I want to share it because it might help some people. I am practicing yoga since almost 40 years and of those the last 26 years my asana practice has been Ashtanga. Apart from the first few Ashtanga years I do practice 6-days per week. Almost automatically I wanted to add “religiously” but I do not practice daily because I feel I have to or need to but because my body and mind feel better that way and I’m functioning better.

I certainly found that practicing yoga was getting easier and easier with each decade of practice coming and going. I have a vague memory of the first decade including some element of hardship. That was mainly due to the fact that I was raised in a culture that believed in success, sensory gratification, self-abuse, self-denial and self-torture, ambition and competition and that I initially imported all of this cultural baggage into yoga. Additionally the contemporary expression of my culture involved hedonism, substance abuse, promiscuity or what we back then called “having a good time”, “getting out of it whatever you can” or “squeezing the juice from life”.

There was a certain amount of friction involved to transform a party animal that would go to bed after sunrise to a dedicated practitioner that would rise before the sun. But this really only took a couple of years as the benefits were obvious. The more deeply engrained cultural tendencies took more time to let go of. I am talking about the obsession of Western culture with progress, success, sensory gratification, self-abuse, self-denial and self-torture, ambition and competition. When Westerners turn yogis they often sabotage themselves by not letting go of that orientation.

For example a major break-through in my practice was the letting go of progress and success orientation. I understood that I needed to simply do the practices rather than doing them to succeed and to progress. Consider the following: You may have about 10 or 15 years of progress in your asana practice in you. Then another 10 years give and take of stagnation and then (hopefully) several decades of going backwards. If you are really lucky you may have 60 years of going backwards such as T Krishnamacharya did. Or do you think he kept improving after he peaked in his asana practice in his forties? The myth that yoga is about improving, succeeding and progressing is just that, a myth.

The next layer I needed to shed related to self-abuse, self-denial and self-torture. It is very inbuilt in our culture. In order to get that next academic degree, to achieve that next business or investment success we need to spend long nights, work hard, deny our needs, burn out our eyes in front of the screen, etc. Exactly this attitude stared me in my face on the mat. The monkey on my back told me to abuse, torture and deny myself in order to conquer that next asana, that next series. But beneath that first loud voice I found another more gentle one: This other voice told me that self-abuse, self-torture and self-denial with all its hardness, exhaustion and high expectations was really a function of my lack of self-love and self-acceptance.

As I wrote this last sentence I marveled at the fact how easy it is to type it on the keyboard but how hard it can be to really deeply feel it. Look at the five-thousand year history of our wars, our conflicts, our delight in seeing the defeated writhing on the floor and in beholding our own glory in victory, our adversarialism, our love for controversy, our relishing in having conflicting opinions even down to our belief that we ourselves are different, better, greater or at least right (and the others wrong) and we will prove it…

I found that I had imported this cultural narrative, i.e. that I was not good enough as I was, into my practice. The second, gentler voice, let’s call it the voice of yoga, told me that I needed to let go of all of that and to begin with that I needed to totally love and accept myself.

Again I marvel at the power or maybe rather the impotence of words and letters. Do you know what I mean with the words “to totally love and accept yourself”? In the morning before my asana practice at first I sit and reflect on these words (or similar ones). Unless I feel them in the depth of my heart I will not move, I shall not perform a single Surya Namaskara.

It is not always easy to completely love and accept oneself. It usually entails bucket loads of forgiveness for all my shortcomings. The reason why it can be so hard is because we as a humanity have been so embroiled in thoughts of retribution, sin, punishment, revenge, etc., that a strong habit and tendency has been formed. According to yoga every sensation experienced by even the lowliest of all beings leaves a residue behind. No pain (but no joy either) is ever lost. To love and accept oneself includes letting go of cultural and ancestral memories and concepts.

When describing my Ashtanga practice today I would use the terms soft, joyful, playful, loving, caring, nurturing, rejuvenating and it is getting easier every year. I remember that there were times when it was harder, challenging (the ego was challenging the body), possibly even exhausting. But then I realized that I was actually enacting on the mat an inner psychological conflict, i.e. the belief that I wasn’t good enough and I therefore had to proof it by strutting scintillating postures. How exhausting that was, oh dear, …

While the surrender of internal conflict may initially benefit us yogis on the mat through the disappearance of all hardness and exhaustion from our practice, it has another, more important result. In the beginning I felt it to be almost wrong to love and accept myself. But then I found that when loving and accepting oneself it is almost impossible to not love whoever your gaze falls on. In fact self-love is the precursor to dropping the concept of the “other”. The idea of “other”, i.e. the belief that you are a separated, isolated, estranged, different entity is needed to maintain the externalization of inner conflicts. Once this is let go of we can admit that we are all the same atman (self). Then conflict has come to an end.

Disclaimer: The author does not believe that asana practice alone by itself without pranayama, kriyas and meditation is in the spirit of yoga. In fact he believes that their exclusion can lead to some of the problems encountered above. But that is another subject.