What is Authentic Yoga? 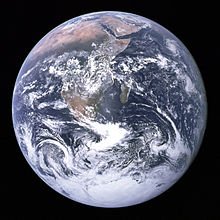 I was asked this question by quite a few readers after my recent ‘Zealot’ post, which raised the issue that yoga, which reduces itself to posture might not be true yoga after all. The reason why I hold this position comes from the fact that I am approaching yoga very much from what the ancient yogic texts say. For me they are the authority on what is yoga and what isn’t.

In todays society we are very much used to the fact that what is valid today, has no more meaning tomorrow and we often smirk at our ancestors and look at them somehow as primitive. Well, think again!

If you study the total body of sacred lore that humanity has created the picture changes. I am amazed at the intelligence, lucidity and mystical capacity of the ancient authors and they seemed to be so much more in tune with living in harmony with nature and all beings. I think we can learn from them a lot and it is in fact urgent that we do so.

So let me give a really short answer here: Authentic yoga is such yoga which moves along the thread of the Yoga Sutra and other important texts such as the Bhagavad Gita, the Yoga Yajnavalkya and the Hatha Yoga Pradipika (I much prefer the ten chapter edition of the somewhat minimalistic four chapter edition), to name just a few.

Yoga only strength, flexibility and balance?

I then came across a really interesting recent court ruling from San Diego. Parents of students who attended the Encinitas Union District School sued the institution for breaching the constitutional separation of church and state by including (yoga) classes in its curriculum, which are inherently religious. I find the wording ‘religious’ suspect and would replace it with ‘spiritual’ but I’ll get back to it later.

The judge ultimately rejected the claim of the parents saying that the way that the school teaches yoga is in fact secular in that it only promotes strength, flexibility and balance and does not contain religion/spirituality?!

I think it is exactly here that we have the head of the pimple. The judge rightly recognized that there are actually two different yogas out there. The authentic one that mainly deals with spirituality (and has health arising from harmony and wholeness as a side effect) and a new exercise regime that is only called yoga for namesake. This new so-called yoga has been castrated to such an extent that it can now be introduced pretty much anywhere because all ‘offensive’ aspects have been removed.

Why do we practice yoga really?

I don’t know how it is with you but I took to yoga because already in my childhood I instinctively and intutitively knew that my body would fail but that there was something within me that wouldn’t. I always liked health but never made too much fuss about it because I knew it would just slightly extent my in the big scope of things insignificant period of life. I also knew that simple health would still just make me die in a state of ignorance of what life was truly about. There is an eternal, sacred core to each being and once this core has been seen, the individual can place itself in the service of humanity and the whole. It is to the search for this core, its cultivation and then the placing itself in the service of all beings that historical, true and authentic yoga was dedicated to.

Now let me talk about the important difference between spiritual on one hand and religious on the other. A bone of contention for some parents of school children was that (historical or true) yoga had evolved from Hinduism and thus religious education was taught. A religion is an organization that develops around the spiritual experiences of a particular mystic. A mystic is a person that seeks to or has attained unity with the Divine or the absolute. All prophets, messiahs, rishis, buddhas, siddhas, tirthankaras, etc., where initially mystics who had a so-called peak experience. After the peak experience had faded they used metaphors of their particular culture to explain what had happened. Each person instinctively seeks this peak experience, that’s why people have always been attracted to the teachings of the mystics (although also mystified by those teachings).

If a mystic was very successful in using cultural metaphor to describe his/her experience the culture would sometimes adopt their teaching as the only truth. Here started religion. Religion simply means, ‘my mystic is right and yours is wrong’.

The King of the Serpents and Hesse

Those of you who know the Indian metaphor of the Nagaraj, the one-thousand-headed king of the serpents will already remember that such a statement is by definition void. For the Nagaraj says, ‘my tail is the mystical experience and my one-thousand heads proclaim it in a thousand different ways and languages. But never reduce my tail to any one of my heads.’

There always existed within Hindu mysticism (apart from sectarianism, which also existed) a current that acknowledged that fact and was more interested in the actual experience than any theology or philosophy that arose from it. For the mystics believed it was the experience that would change the world and not its explanation.

Herman Hesse in his novel Siddhartha celebrates this current when his protagonist says to Gautama Buddha, “Your teaching is the most perfect, most logical, most consistent of all teachings and yet I will not follow it. For there is one thing missing in it and that is your own mystical experience. What you yourself expereinced in that fateful night under the bodhi tree that you cannot express in your teaching. So I must go and seek it for myself”.

More clearly expressed than anywhere else we have here the difference between religion and dogma on one hand and spirituality and mysticism on the other. And this is exactly what true yoga is about. It is not what a partular religion says about the experience but having the experience yourself, and the way and methods to get there.

A most notable example of the experiental currrent within Hinduism was the 19th century saint Ramakrishna. Through various methods Ramakrishna had attained what in his language was called ‘realization of the Divine’, in his case of the Hindu Goddess Kali. Ramakrishna was a very curious person. He wondered what would happen if he applied the same method, concentration and tenacity to other deities of the Hindu pantheon, a threshold that an orthodox Hindu would not cross. Within few years Ramakrishna attained what he called ‘realization of the Divine through Lord Shiva and Lord Vishnu’.

Shortly after that a new teacher emerged in Ramakrishna’s life, the Advaita (non-dualist) Vedanta teacher Totapuri (much simplified Advaita Vedanta is a buddhist form of Hinduism). Totapuri basically taught that all of that God and devotion stuff is child’s play and that only realization of the formless Absolute (nirguna Brahman) brought complete freedom. To his great surprise Ramakrishna attained the nirguna Brahman in one straight sitting of only 24 hours. And to Totapuri’s horror Ramakrishna came out of this sitting anouncing that there was no essential difference between the non-dualist realization and the God-realizations that he had previously attained. In fact he thought that worshipping a divine form equipped you better for an active life in society.

But it get’s much better (or worse depending on your standpoint): Ramakrishna did what is for a conservative Hindu unthinkable and started to meditate on Muhammad and his teaching of Islam, even taking to Muslim food habits and dress code. After some time he came forth and announced that the essential ecstasy and realization derrived from Islam was no different that those gained in any school of Hinduism. Next he took to meditating on Jesus and the Bible and again after some time he anounced that the same expereince could be had from practising Christianity. Then Ramakrishna developed his teaching (as it was the teaching of the mystics of all ages) that THERE IS ONE UNDELYING TRUTH AND ESSENCE IN ALL SACRED TRADITIONS OF HUMANITY. It is to this one underlying truth and essence that our practice must be dedicated. While there may be cultural differences in metaphor, these are only at the surface and once the mystic enters the mystical state, they all vanish.

Violence and you and me

Now, I trust that I have sorely tested your patience with all this far out talk. Why is this important and what does it matter in todays life for you and me?

Very simple! I recently came across a Guardian article called “Violence between individuals kills nine times more people than war”. That’s right! I always thought that killing and violence was something that essentially was performed by governments, corrupt politicians, dictators, in other words by ‘those in power’ or the ‘big people’. But no, it is something that you and I and all other ‘little’ people in the world do with nine times greater accuracy and efficiency than all those in power taken together.

In other words if we want this war and killing to stop then it has to start with us. We have to change and not the goverments. We have to lead them and they will follow. They are only expressing the violence that is inherent in all of us.

Now why are we so violent and why are we privately kiling nine times as many people as the governments? VIOLENCE IS NOTHING BUT EXTERNALIZED CONFLICT WITH OURSELVES. Because we are in a state of war with ourselves (i.e. not good enough, not lovable, not worthy, not wealthy enough, not powerful enough, not beautiful enough, not smart enough, etc.), beause we are in a state of conflict with ourselves, we externalize this conflict by conflict with others. This leads to all forms of individual violence and then the governments wage war to satisfy our bloodthirst. Where from here?

Patanjali, the end of conflict and true yoga

Patanjali says is sutra 2.25 ‘In the presence of one established in harmlessness (ahimsa) all violence ceases’. What he means is that a mystic who has experienced themselves as made in the image and likeness of the Divine and who has seen the Divine as pure love will finally and totally end conflict within themselves. From that end of conflict with yourself, conflict with others will end, too, and from that those silly governments will stop the killing because they realize that we are not hungry for blood anymore.

Now back to yoga for health versus authentic yoga. If you are a male between 19 and 44 your most likely cause of death is through violence. However healthy you are violence will shape your environment in one form or another. There is much more at stake here than just health. Our current frenzy of destroying this planet and biosphere (we have made 50% of all species extinct, one of the greatest mass extinctions in history) is caused by overindustrialization, which is caused by greed, which is caused by not-knowing ourselves and not loving and accepting ourselves as children of the Divine.

WHAT I’M SAYING HERE IS MUCH MORE AT STAKE THAN JUST YOUR AND MY HEALTH. WHAT’S AT STAKE IS OUR SURVIVAL AND THAT OF THE BIOSPHERE, PLANET EARTH.

Brothers and Sisters! Yoga can give us back this pristine original feeling with which we were born. When we were just happy to be and this joy was shining out of our eyes and we could simply see it in the eyes of all who loved us.

This is authentic yoga! It’s rediscovery will be an amazing journey! Let’s do it and not just stop at health!