How important really is yoga history for the yogi? 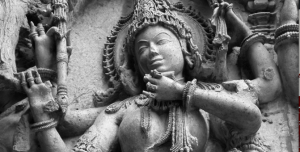 Western university scholars often look at the Yoga Sutra isolated from the rest of the yoga tradition. They fragment the yoga of Patanjali from all other forms of yoga and show the history of yoga as one of conflicting schools. This may be of interest for the historian but distracting for the practitioner. For the practitioner and yogi there is only one tradition of yoga and the Sutra must be seen in context and together with all other yogic scriptures. The yoga described in the Sutra could never succeed only by itself, at least not from the meager details pertaining to technique that are contained in the Sutra.

The question for us yogis is which methods are suitable for the individual at what time of their development. They may be quite different from the methods suitable for the next individual, who is at a different stage. For the practitioner all yoga is one. It is one huge toolbox out of which we select methods suitable for a particular phase in the development of an individual and it does not matter at all in which shastra (text) these techniques were described. There is no right or wrong or yoga of the Sutra versus yoga of the Hatha text or of the Puranas versus the yoga of the Bhagavad Gita. There is only a ‘does this particular approach work in this context or does it not’.

There are now very fine scholars who are bringing out a lot of new information about yoga history and I commend them for that. However, for the practitioner this fragmenting of the yogic practices is confusing and counterproductive. The yogi does not need to worry when exactly the Yoga Sutra was written, how many chapters it originally had, were there one or many authors, was there an ongoing tradition of it, in which century fell the Sutra out of fashion, how was it rediscovered and is modern yoga really based on it?

What must be important to me as a practitioner is the quality, intensity and frequency of the mystical state that I reach. How do I manage to integrate these stages into my life and how does that change me? How does it change my behavior and how can I communicate and convey that change to others? Do you really think that the mystical state cares whether you attained it by means of Sutra methods versus those of any other tradition? No, it is only the mind that cares and particularly the mind not established in the mystical state!

The most important application of mystical states is to use them for society and civilization building. Let’s not look back and ask how yogis may have practiced in the past. Who knows, there quite likely were large tracts of history were yogis had completely lost track. Does that change the work we have to do now? The question is how are we going forward from here? Do we just continue the technocratic trajectory, destroy the world and with it ourselves, thus becoming extinct? Or do we through yogic technique establish ourselves in a state that shows the world and all beings as the infinite creativity and play of Divine Love? It is this what the world needs, what will enable us to reintegrate ourselves into nature and what will heal our fractured society. It is this that the sum total of all yogic teachings and states points towards and the Sutra is only a fragment of that. To look at the Sutra isolated from the rest of yogic culture is to rob it of exactly this capacity.

Paramahamsa Ramakrishna, when asked by his students whether they should study the scriptures answered, “Don’t be interested in the shastras (scriptures) for their own sake, be interested in the one truth underlying all shastras.” The yogi is a seeker for this one underlying truth, not only of all shastras, but also of all phenomena from the photon to the galaxy. In order to do so, to penetrate this vibrant heart of all phenomena, the Divine, the yogi has to surrender and give up all objectivity. In fact in order to enter the mystical state we have to surrender our entire identity and individuality (even if all of this will reassemble once we leave the mystical state).

This is the opposite of the attitude that is required from a scholar using the Western scientific or the text-historical method. Here objectivity is required, that is you need to remain an uninvolved outside observer. However, during objectless samadhi the very observer becomes the experience because nothing but the naked observer (i.e. the pure consciousness, purusha) is left. Stripped of any of its impeding cladding the observer reveals itself somewhere in between volcanic or oceanic ecstasy (the Hindu’s would call it sat-chit-ananda). This is the most intimate, immediate and subjective experience a human being can have. In the words of the bhakta (yogi of devotion), the drop that constitutes the identity of the observer then merges and dissolves in the ocean of Divine Love.

Such statements may sound overly poetic or exuberant to some but this state cannot be described in analytical, objective, Western scientific language (which has its value in other contexts). The point that I am then making is that there is more to yoga than what the text-historical method of analysis reveals. If you want to experience it you cannot remain an objective observer looking at the experience from the outside and trying to classify and describe it. You have to dive in and embody it yourself!

The yoga practitioner, the yogi that wants to experience states of mystical union, needs to ask what do I need to do to get there, what sort of practices need to be applied? After reading these objective, scholarly studies on yoga, are you afterwards clearer on which practices and how you have to do them or are you even more confused? I will go as far as saying that a yogi can learn more for her practice from any accomplished mystic of any other denomination (such as for example Christian, Jewish, Taoist or Sufi) than from reading scholarly books on the Sutra which nominally deal with yoga but have no experience in them. In that regard you can learn yoga by reading the Gospels, the ecstatic poems of the Sufi Hafiz, the Taoist master Chuang-Tzu, the medieval Christian mystic Meister Eckhart or the masters of the Kabbalah. These teachers have attained the mystical state and yogis are well advised to study their accounts to understand how it feels to be there.

Let me ascertain that I am not against historians and scholars or against knowledge of any kind. It seems to me, however, that novice yogis who are quite fragile in their devotion to their various practices, get confused by taking in what in terms of higher yoga practice would be subjects of absolute peripheral interest, although nominally called yoga. Let us leave the squabble about when the texts were written and in what way certain words conflict with other texts to the scholars and let us yogis get drunk from the nectar of Divine Love!

This is another excerpt from my forthcoming book “Samadhi – The Great Freedom”.