The Executions in Indonesia 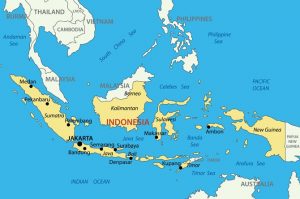 This article deals with the recent execution in Indonesia by firing squad of two convicted Australian heroin ring leaders. The event is widely covered in the Australian media and Australia in protest has recalled its ambassador:

I find a lot of the public discussion regarding the executions is missing out on some important information.

To start with let me assure you that I am opposed to the death penalty but what continues to surprise me is that the Australian police tipped of the Indonesian police. The Australian police knew exactly that those Australians would end up on death row. Why did they nevertheless tip them off? Clive Palmer has just tabled a motion that in the future any police officer who forwards information that leads to an execution of an Australian citizen will be punished with up to 15 years of jail.

In the late 1960’s 100s of thousands of Western hippies went to Asia for a carefree life of drug use. Many of the Asian cultures had a long history of tolerance to drugs like Marihuana, Opium or Magic Mushrooms and therefore initially ignored the hippies. During the Regan-Thatcher era Western governments started to put a lot of pressure on the Asian countries to take a draconic stance against drugs and eventually they managed to twist their arm to do just that. Since then many Westerners have been executed. Why the outcry now? The Indonesians are certainly baffled by it.

The two Australian men were executed for possessing 8.5kg of heroin and for paying the travelling costs of another 7 people who they intended to use as mules (transporters). In other words the two executed were running a heroin racket, a form of organized crime. There was enough heroin to get 34,000 people high and possibly addicted to a life-destroying drug. I again affirm my opposition to the death sentence but what concerns me is that we care more for these two Australian men than the children who are in detention centers just because they happen to be children of ‘boat people’. Should our compassion not first extend to them?

When Australian diplomats criticize Asian countries (such as China) for human rights abuses, they are quickly told that Australia has the worst current human rights record of any Western country. Australian Aborigines have 30 years less life-expectation than white Australians, one out of two Aboriginal men will end up in jail and Aboriginal men have a 50 times higher likelihood to die in jail than white men. These numbers are staggering. This is a great country to live in unless you are Aboriginal. Many Australians currently talk about the execution of two heroin dealers but very few about the staggering numbers of Aboriginal deaths in custody. Shouldn’t we clean up our own backyard first before pointing our finger at others?

The United States has the death penalty and is quite frequently executing people. Nobody seems to take offense. Does it really make such a difference whether the executed person is Australian or not? Should not all people have access to equal rights and equal support? So why are we not up in arms about US executions? Could it be because the US is the white hegemon and Indonesians are a former colony that we dare to schoolmaster?

The Indonesian people are extremely proud but carry a deep wound because of colonialism. This is something that we need to be aware of when pursuing our quest of a long-term partnership between equals. For example, recently the Australian prime minister reprimanded the Indonesians due to the impending executions and reminded them that Australia had donated billions of aid after the Boxing Day tsunami. For Asians to talk in such a brash fashion is deeply insulting. The Indonesians are currently collecting money to pay the donations back to Australia as they do not want to be indebted to us. Even peasants are chipping in to pay Australia back. It is amazing to see that honor is more important to them than to keep those billions. Aren’t they the sort of people that we would like to have as friends rather than insult them further?

Recently it was revealed that the Australian government had been spying on the Indonesian government including tapping the private phone of the then president Susilo Bambang Yudhoyono. Indonesia demanded an apology that never came. Should we not treat our closest neighbor with respect and at least apologize. Could it be that our lack of apology gave us less kudos when calling for clemency for the detainees?

A bit more information on the Balinese: The Balinese believe that feet are impure and for this reason do not live in high-rise apartments. They do not want to be under other people’s feet. When Bali came under Dutch colonial rule in order to break the spirit of the Balinese the colonial masters introduced a rule under which the colonial servant had to greet the colonial master by performing a full body-length prostration in the dirt and the master would then place their foot on the head of the Balinese. This created a lot of resistance.

When a Dutch force marched across Bali in several places such as Denpasar the local Raja with the entire aristocracy consecrated themselves to death, put on white ceremonial garb and marched into Dutch gunfire. Thousands preferred to die that way rather than to submit to humiliation. Piles of corpses were lying in several Balinese cities. These incidences are known as puputan, mass ceremonial suicide and while most of them occurred in the early 20th century, the last puputan took place as late as 1946 when Lieutenant Colonel Ngurah Rai and his force, after they were outgunned by a Dutch invasion force, took this avenue rather than surrender. The Denpasar airport today carries his name.

I am not making propaganda here against the Dutch. It is typical behavior shared by most Colonial powers. What I am trying to convey is that Asians, Indonesians and the Balinese in particular deserve our respect. Are their actions not comparable to those of the ANZACS at Gallipoli, that we so treasure? (for non-Australian readers the WW1 battle at Gallipoli during which almost 10,000 Australian soldiers were lost was instrumental in forming Australia’s identity as a nation) I am writing all this to convey that in some ways Asians are very similar to us and in other ways they are different. They are certainly people who deserve our respect. We need to start listening to them and try do understand them, only then can we build up a long-term partnership built on mutual respect. One thing that we cannot do is to tell them what they have to do or reprimand them like little children. That would only deepen the wound that colonialism has left.

Summarizing, the recent executions are unfortunate but we need to see them in context of our colonial history, our own failing war on drugs, our inability to act humanely towards our own Aborigines and refugees. If we want our concerns to be met in future crises we have to start to treat Asians and Indonesians as equals and put the same tough measures that we put on them on us and our allies, too. Additionally it seems that the Australian media uses the incidence to whip up patriotism and direct our anger at a neighboring nation whereas in fact we have a lot of pressing issues at home with local politicians having to answer for them. With this subjective and out-of-proportion coverage the media turns our attention away from these pressing issues by creating a common foe of the Australian people.